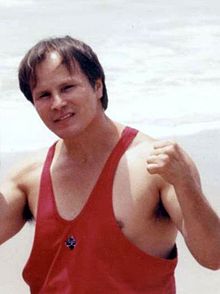 Benny “The Jet” Urquidez (born June 20, 1952) is an American kickboxer, martial arts choreographer and actor. Nicknamed, The Jet, Urquidez was a non-contact karate competitor who later pioneered full-contact fighting in the U.S. He made the transition from point to full-contact karate in 1974 – the year of its inception in the U.S. – frequently fighting in bouts where the rules were ambiguous and contrasts in styles were dramatic. Urquidez is also known for once holding the rare achievement of 6 World Titles in 5 different weight divisions, and Urquidez remained undefeated in his 27 year career.

Between 1974 and 1993, he amassed a record of 63-0-0 (win-loss-draw) with 57 knockouts and three controversial no-contests (Ratings listed Urquidez as 63-0-1, 57 knockouts). On his own official webpage, Urquidez lists his fight record as 200-0, and says he was 63-0, with 57 knockouts in title defenses. Also, he claims to have been undefeated in the “Adult Black Belt Division” prior to entering full-contact karate. Black Belt Magazine voted Urquidez “Competitor of the Year” in 1978.

Urquidez has played a number of roles in various martial arts movies.