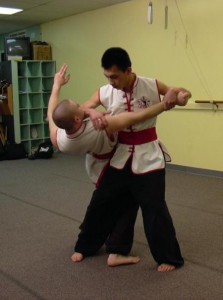 Choy Li Fut is a combination of many styles of Chinese Kung Fu and includes the five animals – Tiger, Dragon, Crane, Leopard, Snake.

This style was created by Chan Heung in 1836. He learned martial arts from his uncle, a famous Shaolin Boxer. Chan Heung named his amalgation of Kung-Fu styles after his two teachers, Choy Fok and Li Yau-San. Fut means Buddha in Cantonese, and was added to the name of his new style as an acknowledgement of his uncle and Shaolin roots of the system.