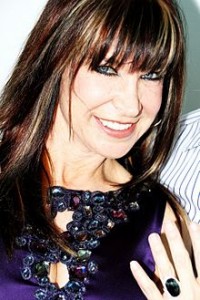 Cynthia Rothrock (born March 8, 1957) is an American martial artist and actress specializing in martial arts films. Rothrock is five-time World Karate Champion in forms and weapons between 1981 and 1985. These categories are not combat-oriented, being displays of fluidity of movement rather than fighting, and are therefore not segregated into male and female categories but fully open to both sexes.