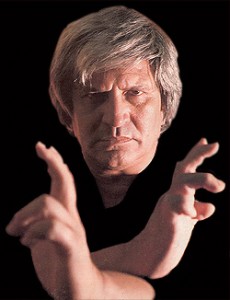 Senior Grand Master Ed Parker is known worldwide as the “Father of American Kenpo Karate”. Mr. Edmund Kealoha Parker was born on March 18, 1931 in Honolulu, Hawaii where he lived until 1950, when he left to attend college in Utah. He studied and earned his Black Belt in Kenpo Karate under the late Professor William K.S. Chow, one of the world’s leading Kenpo Black Belt holders and innovators of the Art.

Soon after he began his study of Kenpo, Mr. Parker knew that Kenpo would become a way of life for him. He opened his first private Kenpo Club in 1954 at Brigham Young University, and his first public school in September of 1956 in Pasadena, California. Early in his training, Mr. Parker realized the need to further modify the Art of Kenpo to suit modern day fighting situations. Professor Chow had taught Mr. Parker a number of “Master Key Movements” which provided Mr. Parker his start on becoming a creative innovator. “The Parker System of American Kenpo” is based on principals, theoretical innovations, and logic not yet employed by other systems. Mr. Parker founded the International Kenpo Karate Association in 1956 (albeit, the Kenpo Karate Association of America). He traveled frequently to share his vast knowledge of Kenpo, and he was also very active in writing books (most notable are his five volume series in Infinite Insights into Kenpo).

On December 15, 1990 in Honolulu, Hawaii, Mr. Parker passed away at the age of 59. That was a very sad day for Kenpoist all over the world. His death was unexpected and untimely. At the time of his death, he was in the midst of completing his first series of Kenpo instructional videos and his Encyclopedia of Kenpo. Thousands attended his funeral to pay their respects to one of the world’s greatest martial Arts or specifically Kenpo innovators of all time. Although Mr. Parker has gone, his spirit carries on, and the many hundreds of Kenpoist who were fortunate enough to have known and studied with Mr. Parker, continue his legacy.

[From ikko.com. Original page is here]