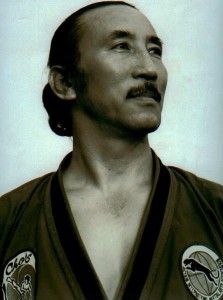 Cho Hee Il (born October 13, 1940) is a prominent Korean-American master of taekwondo, holding the rank of 9th dan in the martial art. He has written 11 martial art books, produced 70 martial art training videos, and has appeared on more than 70 martial arts magazine covers.

Cho won several national and international competitions as a Taekwondo competitor, and has appeared in several films, including Fight to Win, Best of the Best, Bloodsport II, and Bloodsport III.