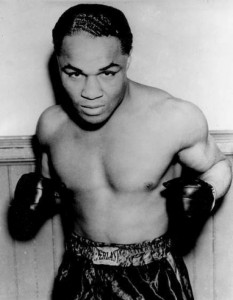 Henry Armstrong was the first and only boxer to hold 3 world championship division titles at the same time. He would’ve won a fourth, something that no one has come close to doing ever, but fell short due to a controversial draw against Ceferino Garcia. Many thought he should’ve won. Regardless, his greatest achievement is defending the welter weight title more times than anyone else in boxing history.

He started his professional career on the losing end, but then began several stunning, long winning streaks. Many times in his career, Armstrong answered a loss with over 10 consecutive victories. One of his hottest streaks was 27 wins in a row, all of those 27 wins by way of knock out. Henry Armstrong’s 27 knock out win streak is viewed by many as the best winning streak ever in boxing. No one does that anymore. Mayweather and Pacquiao are beasts in the game at the moment, but they could never boast of that kind of a streak while fighting the sports best.

Ring Magazine voted Armstrong 2nd in the greatest fighters of the last 80 years list in 2007. One may find variations on his record because alot of the older boxers fought so much and under different names that it’s hard for boxing historians to tell. Regardless, Armstrong’s win streak under his own name is something that isn’t hard to credit and won’t be duplicated anytime soon.