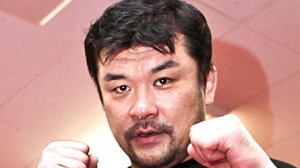 Hidehiko Yoshida (born September 3, 1969) is a Japanese gold medalist in judo at the 1992 Olympics in Barcelona and retired MMA Heavyweight fighter. He is a long time veteran of Japan’s Pride Fighting Championships competed in the Middleweight division also managing to fight in the semi-finals in the Pride 2003 Middleweight Grand Prix.