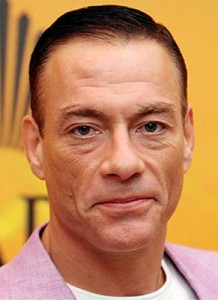 Jean-Claude Camille François Van Varenberg (born 18 October 1960), professionally known as Jean-Claude Van Damme is a Belgian martial artist and actor, best known for his martial arts action movies, the most successful of which include Bloodsport (1988), Kickboxer (1989), Double Impact (1991), Universal Soldier (1992), Hard Target (1993), Timecop (1994), and JCVD (2008). Due to his physique and his Belgian background, he is known as “The Muscles from Brussels.”

After studying martial arts intensively from the age of ten, Van Damme achieved national success in Belgium as a martial artist and bodybuilder, earning the “Mr. Belgium” bodybuilding title. He emigrated to the United States in 1982 to pursue a career in film, and achieved success with Bloodsport (1988), based on a story written by Frank Dux. He attained subsequent box office success with Timecop (1994), which grossed over $100 million worldwide and became his most financially successful film.