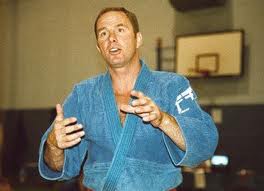 Neil Adrian Adams, (born in Rugby, Warwickshire on 27 September 1958) is a British judoka who won numerous Olympic and World Championship medals in Judo. Adams was the first British male ever to win a World title, and the first British male ever to simultaneously hold a world title and a European title. Other achievements include a gold medal at the 1981 World Judo Championships in Maastricht, the Netherlands, plus silver medals in the 1980 and 1984 Summer Olympic Games and the 1983 Judo World Championships. Adams was also five-time European Champion. On 20 September 2008 he was promoted to 8th Dan at the age of 49.

Adams now runs a corporate health service as well as teaching Judo around the world. In March 2009 he resigned as head coach of the Welsh Judo Association, a position he took on after being asked to take up the role by close friend and chairman of the association, Keven Williams. Adams is currently national coach for Belgium judo. Adams’ brother was the late professional wrestling star Chris Adams, who himself had a successful career in judo before turning to pro wrestling in 1978.