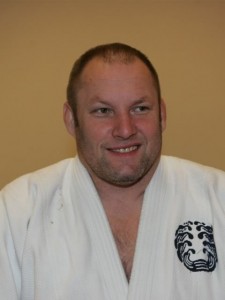 Peter Seisenbacher (born March 25, 1960 in Vienna) is one of the most successful judo practitioners and participants of the Olympic Games from Austria.

For his first Summer Olympics 1984 in Los Angeles, Seisenbacher exercised in Japan, where he found optimal training conditions. He won his first Olympic gold medal in the Men’s Middleweight (86 kg).

Four years later, at the Summer Olympics 1988 in Seoul, he won his second Olympic gold medal, something no judoka had succeeded in doing before. Subsequent to his sport career, Seisenbacher still teaches judo in Austria.