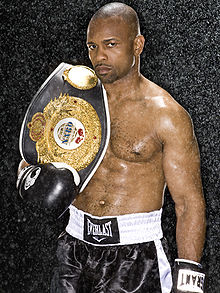 He is the only boxer in history to start his career as a light middleweight (154 lbs), and go on to win a heavyweight title.

Jones left his mark in boxing history when he won the WBA heavyweight title, becoming the first former middleweight champion to win a heavyweight title in 106 years. Jones was named “Fighter of the Decade” for the 1990s by the Boxing Writers Association of America.