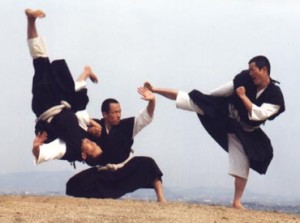 Shorinji Kempo was founded in Japan after the second world war by Doshin So. Today Shorinji Kempo is one of the most popular form of martial art in Japan and is practiced by over 1.4 million people in 28 countries around the world.

Shorinji Kempo is a martial art than can be enjoyed by anyone of any age, sex or size. The techniques exploit the use of balance and specific pressure points (vital points) of the body. This means that strength is not required to perform any of the techniques. But Shorinji Kempo goes beyond the limits of Self-defence. It’s main practice is designed to benefit it’s students in three main areas: Self-defence, improved health and spiritual development.