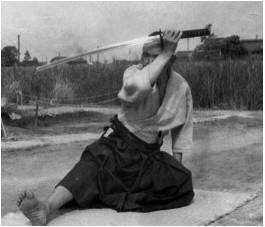 Takenouchi-ryū is one of the oldest jujutsu koryū in Japan. It was founded in 1532, the first year of Tenbun on the twenty-fourth of the sixth lunar month by Takenouchi Chūnagon Daijō Nakatsukasadaiyū Hisamori, the lord of Ichinose Castle in Sakushū.

Although it is famous for its jūjutsu, Takenouchi Ryū is actually a complete system of martial arts including armed grappling (yoroi kumiuchi), staff (bōjutsu), sword (kenjutsu), sword drawing (iaijutsu), glaive (naginatajutsu), iron fan (tessenjutsu), restraining rope (hojōjutsu), and resuscitation techniques (sakkatsuhō). Its jūjutsu techniques have been influential in the founding of many other schools in Japan. Takenouchi Ryū is still actively transmitted today by members of the Takenouchi family, as well as by other groups both within and outside of Japan.