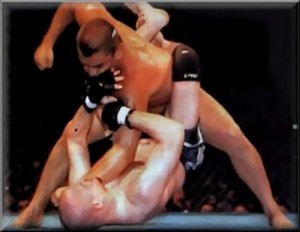 Vale tudo (meaning “anything goes” or “No rules”) are full-contact unarmed combat events, with a limited number of rules, that became popular in Brazil during the 20th century. This form of wrestling has been considered a combat sport by some observers.

Vale tudo has been made famous by fighters such as Marco Ruas and it takes the most effective combat techniques from styles such as Freestyle Wrestling, Brazilian Jiu-Jitsu, Judo, Sambo, Muay Thai, and Western Boxing.