In This Corner – Willie Pep video


Info about "In This Corner – Willie Pep video" 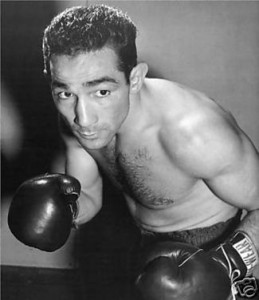 Willie Pep is an Italian-American boxer who fought for 26 years with a total of 229 wins out of 241 fights, perhaps the most impressive record in boxing. Pep was the World Featherweight Champion with an astounding record of 61-0 before finally losing to another World Champion and fellow future Hall of Famer, Sammy Angott by decision in 1943. Pep bounced back and won 5 fights for the rest of that year. He did it again for the entire year of 1944, winning all 16 fights he fought in.

Pep continued his career with a staggering amount of victories at a championship level cementing the fact that he’s one of the best of all time. He won 73 fights in row which set an amazing boxing record. Willie Pep was an asset to the sport and his weight class. The middle and heavy weight classes made the most money and attendance. Pep changed that expectation eventually fighting before packed arenas. Setting boxing records from the start of his career until the end, William Pep is definitely one of the greatest pugilists of the century.