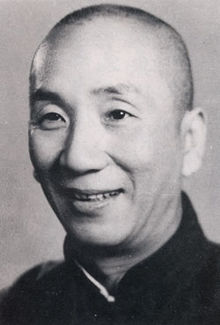 Yip Man was the last Wing Chun student of Chan Wah-shun when he was 70 years old. Yip Man was thirteen years old he started learning Wing Chun from Chan Wah-shun. Because of his sifu’s old age, Yip Man had to learn much of his skills and techniques from his master’s second eldest disciple Ng Chung-sok. Three years into Yip Man’s training Chan Wah-shun died. One of his dying wishes was to have Ng continue training Yip. At the age of 15 Yip man moved to Hong Kong. At age sixteen, Yip Man attended school at St. Stephen’s College in Hong Kong. It was a secondary school for wealthy families and foreigners who lived in Hong Kong. According to Yip Man’s two sons, while at St. Stephen’s Yip Man met an old man who was his master’s elder fellow-disciple (and so, by Chinese tradition Yip Man’s martial uncle), Leung Bik, son of his master’s master Leung Jan. After that encounter, Yip Man continued his training lessons from Leung Bik. By the age of 24, Yip Man had returned to Foshan, his Wing Chun skills tremendously improved.

In Foshan, Yip Man became a policeman. At the end of 1949, after the Communist party won the Chinese civil war, being an officer of the Kuomintang, he decided to escape to Hong Kong without his family when the Communists had come to Foshan. In Hong Kong, he opened a martial arts school. Initially, business was poor because his students typically stayed for only a couple of months. He moved his school twice, to Hoi Tan Street in Sham Shui Po, and then to Lee Tat Street in Yau Ma Tei. By then, some of his students were skilled enough that they were able to start their own schools. Among the first were Leung Sheung, Lok Yiu, and Chu Shong-tin.

In 1967, Yip Man and some of his students established the Hong Kong Ving Tsun Athletic Association. In 1972, Yip Man suffered throat cancer and subsequently died on the 2nd of December that same year. Within the three decades of his career in Hong Kong, he established a training system for Wing Chun that eventually spread across the world.

[From leungsheung.com. Original page is here]