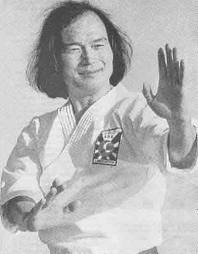 At the age of 18, he entered the University of Economic Sciences in Osaka. There he discovered Karate. He learned Shito ryu and Shūkōkai Karate under Masters Tani (8th Dan) and Tanaka. He quickly grew very proficient in this discipline, and in 1963 he won the Japanese University Championship, at that time the most distinguished Karate championship in the world. Following his successes in Japan, Henry Plée, a great French karate master, invited him to come to France to compete. He won most of the competitions (it is said that Mr. Nanbu has never lost a match in career as a competitor), and returned to Japan after a few years. There he was entrusted with the task of spreading Shūkōkai in Europe.

After a few years, judging his task complete, he founded the system of Sankukai (still practiced today). However, he felt that Sankukai was an incomplete system. Furthermore, he was weary of the political intrigue and pettiness surrounding him. He retreated from all activities in 1974 and withdrew to Cap d’Ail. There he meditated upon the nature of martial arts, and in 1978 he emerged with a complete new system, called Nanbudō. Ever since, he has been refining the system. Today he is technical director of the Worldwide Nanbudo Federation (WNF) and holds seminars all over the Nanbudo-practicing world.